So far this year I have watched a lot of b- made for TV christmas movies. Which is fun. But it`s basically just a warm up for the real game. Which will include, but is definitely not limited to, these movies!

Probably the most heartwarming and childhood defining movie of all time! I can honestly say that I have never had more nightmares about anything than the Grinches creepy smile (at the age of four, chill), yet it never put me off the movie, so it`s obviously amazing.  If you haven`t seen this movie yet, then what are you waiting for? Leave this post right now and don`t come back until you have. Live your best life! Honestly though, the Grinch is based on the Dr.Seuss story/book “How the Grinch Stole Christmas” and is narrated so. It is about a grinch who grew up in whoesville feeling like an outcast and left for the mountains, becoming an urban legend. He then returns when an adorable girl named “Cindy Lou Who” convinces him to come accept a reward from the mayor, his rival. After the stressing ceremony, he decides to ruin their Christmas by stealing all their presents and Christmas ornaments and trees with his trusty sidekick- his dog Max. If this isn’t enough to convince you: Cindy Lou Who is played by Taylor Momsen! 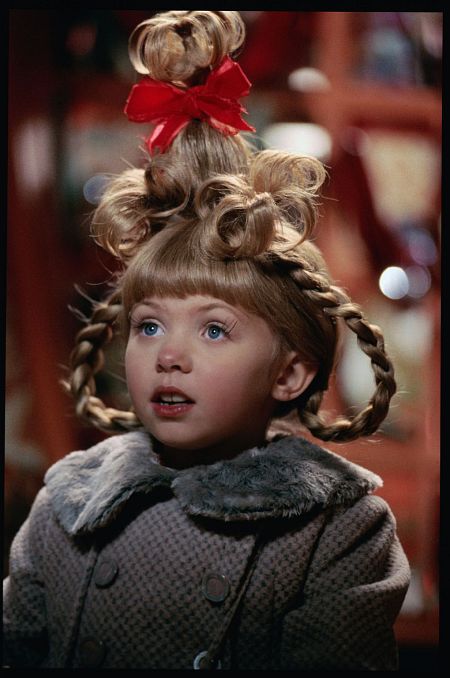 Love Actually is cool and all, but I am forever team “The Holiday”. There is just something about this “American-British” best of both worlds things that I really love. And the actors (Cameron Diaz, Judd Law, Kate Winslet and Jack Black) are all just so funny and amazing. I love how the whole movie is built on obvious contrasts and defining similarities. For those of you who haven`t seen it, it`s basically “Rich american with guy problems swaps houses with small town brit with guy problems, both are totally into local guy”. FTR: If you haven`t seen Love Actually, you really should chech that one out as well.

The Santa Clause 3: The Escape Clause 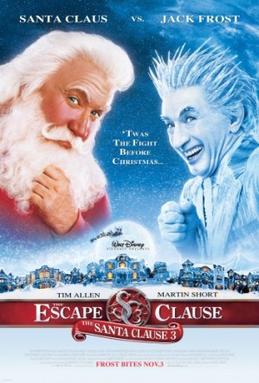 Obviously being  human and all I do love the whole “The Santa Clause”-trilogy and I do tend to marathon them every year, but this one is my absolute favorite. All of them are filled with holiday spirit and give me a glimpse of that Christmas joy I felt as a child since the movie is literally taking place on the North Pole. This one is the funniest because it has all of the classic legend characters (like Mother Nature and The Tooth Fairy), most importantly “Jack Frost” which is angry because he does not have his own holiday and tries to steal Christmas. With his sympatic and charismatic personality he sort of gives of the vibes of a Kim Possible villain. Basically, he`s hilarious.

I love this movie for many reasons. Partly because the main character portrayed by one of the coolest and most beautiful actors of all time, Vanessa Williams (AKA Wilhelmina Slater from Ugly Betty, AKA girl power personified). Also because this character is super relatable. Colored diva who only cares about money and success. I don`t want to say me but… *raises hand only partly with shame*. Basically this movie is a modern (well year 2000) remake of Charles Dickens “A Christmas Carol”, but instead of a business man it`s a famous popstar. Vince Vaughn as the black bitter sheep of the Clause family? Yes, please. Beautiful, relatable, hilarious. Yes, Elf is super funny. But is it “Fred Clause” funny? No.

Anyways, here are a list of my favorite generic christmas movies. Closer to Christmas, when I write about my traditions, I`ll also include the movies we watch here in Norway on Christmas morning (which is the 24th for us).

What movies do you watch every year around christmas?

Okay, this post was not planned, at all. But I am currently watching the sequel of «Hotel Transylvania” and it is so funny. Honestly, I cannot imagine ever not finding children’s movies fun anymore. And here is why.

(this movie is AWESOME).

First of all, the most obvious reason is of course that they always end well. In other movies I am always aware that something horrible and sad is very likely to happen. And that does not mean that I do not enjoy the movie, but it is definitely more relaxing to watch a movie that is just “all fun and games”. I have to admit that I am a very stressed person in general, so when I watch a movie with a lot of suspense and hints that bad things will happen, I easily get very caught up in it and stressed. But come on, let’s be honest, we all love a happy ending. It is how we grow up after all.

Which brings me to the next point. Growing up is a necessary and fun adventure, but sometimes we need to forget everything about vacuuming, essays and bank accounts. What better way to do exactly that then watch a movie from way, way before all they liberating, yet exhausting  lessons of adulthood ever entered your life. Watching Shrek, 101 Dalmatians or Hercules is as fun know, as it was “back in the days”. Maybe even more so know that you get all the dirty jokes.

Don`t grow up, it`s a trap! (https://www.flickr.com/photos/newtown_grafitti/8889644775 Legally downloaded from Flickr via Google).

This is partly what the third point is built around. Most movies for children are made in this genius way when it comes to humor. Everything is said with such enthusiasm that you just have to laugh at even the stupid jokes. Other than that, the movies are designed to not majorly bore parents and, ahem, older siblings, so they also have a lot of jokes that the children will not understand, but that are funny for the elder. Is it wrong of my to laugh a little too much at Hades slightly sexualized comments like “What we need is curves” (followed by demonstrating hand motions) and “Looks like I just revealed the fore-play”. Okay, it might just be my bad humor, but in general, the principle just stands.

(Love the god, love the character. Legally extracted from this youtube video via google).

As you might know, Hades is made a very interesting and funny character in the Hercules Disney movie. You might also know that movies like this, much like the books for the same age group, are often filled with extremely odd and inevitably hilarious characters. The characters are often so strange that it is not realistic at all. Yet, as I previously mentioned, the enthusiasm and the humor level is so high that it feels believable and often the weirdest characters are our favorites. After all we are the “me” “you” generation. A movie experience is just not complete without establishing which odd character resembles your friend most and which resembles you. Then you have to say “omg, that is totally you” after basically everything the character does. Because, let’s be honest, we are all in reality just weird characters who have our own catch phrases and make horrible, yet hilarious, decisions on a daily basis.

That is why I love children’s movies!

If you are brave enough to admit that you watch these types of movies, and we all know that you do, comment which movie is your favorite and who “you” are!

Here to give you advice on which movies you should see tonight to celebrate eternal and sweet love, is the very, very single Zee! Ha-ha, all devastatingly true jokes aside, here are five movies I think are perfect for tonight; either you are chilling with your cat, your friends or your boyfriend or girlfriend. Alternatively, leftover cake from the mother’s day dinner like me (mother’s day was today here, I`m not crazy. Well, not on account of that anyways). Back to the point, let’s check out some rom-coms.

3. The most beloved character of the 90s in the world of books is also the most beloved character of the early 2000s in the world of movies. Watching Bridget Jones figuring out of life, work and love is the most funny and heartwarming experience. Her clumsy and awkwardness makes us all feel great about ourselves, but also makes us low-key wish we could be her, because she is so sweet and naïve, yet sarcastic and intelligent. Not to mention that she just stumbles around in life getting the hottest guys. Colin Firths adorableness in this movie definitely puts the movie high on the VD list. And Hugh Grants sex appeal makes it perfect for the single ladies who want to believe in love, or at least, lust.

2. Although, more of an epic and game changing movie than a rom-com, Twilight is just so beautifully romantic, and over all beautiful actually, that it cannot be left out of the ultimate VD movie list. For those of you who have been sleeping under a rock for the past years, Twilight is about this intelligent and mature seventeen year old, Bella, who moves from Arizona to a small town in Washington to stay with her father so that her mother can follow her baseball husband on his baseball tours or whatever and be happy. She never fit in with her peers, but there she finds someone who understands her. The mysterious, and absolutely gorgeous Edward. He turns out to be a vampire, and tries to stay away from her, but is unable to. I always make amazing movies sound cheesy and weird, but trust me, it is definitely worth seeing, and even more worth reading!

1.You cannot spell Valentine’s Day without Valentine’s Day, am I right? Possibly the most adorable film ever. The story of several different couples valentine’s day were they keep breaking up, making up, and looking to damn good. This is the kind of magic we get when we put the biggest lot of famous actors and actresses together, including my fav couple of all time (that I am still very sad broke up), Taylor and Taylor, AKA, Taylor!