When I was born, one of our three cats would always sleep next to me to make sure I was safe. A few years later, I moved, to be closer to family, and met the dog Leon who was born the same year as me. His eyes always looked filled with love and compassion, and together we discovered a love for the forest. Out in nature you do not use words or devices to communicate, only looks and vibes. And any being is capable of that. Mankind, canines, felines, you name it. Did you know that a sheep never forgets a face? That an elephant can experience deep depression? That some apes can die from a heartbreak?

We have all seen Babe or Charlotte’s web, and it is a roller coaster, right? We just cannot have anything bad happen do that adorable little pig, and when everything works out great, we are so happy! Yet, in real life, it doesn’t seem to bother people to much that pigs are forced to get pregnant again and again, until their body cannot take it and they die of a heart attack from the strain. Before that, they have close to permanent open wounds on their bodies as a result from laying all the time in a small, enclosed space. Let us play a game, a game called who suffers the most. The baby pig who is ripped away from his or hers mother to soon to be fattened up and slaughtered as if they mean nothing. Or the mother who keeps being forced to get these babies, but never gets to keep them and doesn’t know where they are or why their gone. Who has it worse? 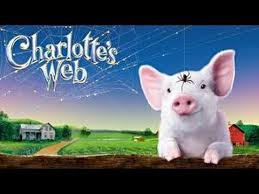 (Both legally extracted via google. First is on youtube as True Movie Hits (CH.44) – Charlotte`s Web by TrueVisionsOfficial and the second on wikipedia; https://en.wikipedia.org/wiki/Gestation_crate)

Chances are that you are a decent human being who does not intend  play this game at all. Because it is not a game. It is real life. And there are no winners. I guess the reasons why I had to discuss this, is because I myself have been having some struggles lately. A bad feeling, accompanied by some frightening nightmares about, yes, the food industry. Because I am not a vegan, I am not really even a vegetarian. I eat dairy, eggs and fish. And I feel bad about it. So bad that this text is apparently coming to a conclusion that I did not even know it would until I started writing this very paragraph.

What I wanted to say is that I am guessing many of you have felt the love and wisdom from cats, dogs or even tortoises. So why would we think that pigs, cows and chickens are any less? Because they are delicious? Josh Hutcherson is incredibly hot, but that does not mean that he is not intelligent as well. Many things awaken the primal in us, but we live in 2016, which means that we should let reason and compassion win. We are not cavemen, we are enlightened, modern and change wanting people with all that comes with it. So I wanted to say that even if you do not feel like making a big decision, just do baby steps, or honestly, just being aware of things and thinking about them usually subconsciously helps us make better decisions.  I guess there are just so many aspects and benefits to this that I will have to write about it some other time. But as I earlier stated, the direction kind of took a change in my head as I was writing and thinking about all the animal cruelty and how bad I feel when I eat these products. So with that in mind, I am going to make my 2016 mission a tomorrow mission and just go cold turkey on the animal products. And after seeing this video, I am even more sure about my decision, because this is by far the most heartbreaking thing I have ever seen.

Like I said, I do not think that I am better than anyone who eats meat, because I am not. I just hope that we can all work together to create a better world for all. And I believe that change begins with awerness.